Posted by Hetal Patel | 7268 views |
Diwali Party and Summer Picnic are events when all people from the community get together under one roof. 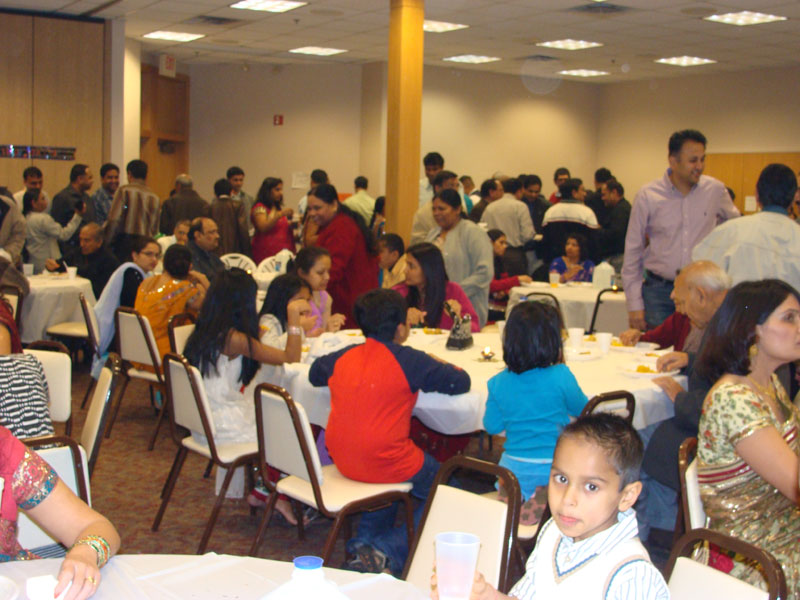 Nov. 7, 2010, Gorel Gaam Patidar Samaj sponsored the Diwali Party 2010. The atmosphere was full of energy and anticipation.  The celebration commenced at 5 PM at the Temple Beth-El, 67 US Highway 206, Hillsborough, NJ 08844.  The event had a great turnout resulting in an overload of cars in the parking lot.  To no suprise, Nov 7, 2010 was Sunday as well as New Year’s Day.  Although many of the attendees may have planned to get together for Diwali, New Year's or Bhai-Bij and may invited their relatives and friends for it.  Surprisingly, about 400-500 participated in Chaud Gaam Patidar Samaj Diwali party which shows high interest in this annual meeting.
As usual, it started with the Gujarati appetizer and a hot/cold beverage.  This annual event was also organized to honor Gorel Gaam Patidar Samaj for giving new direction towards Samuh Lagna  many years ago.  This occasion was awarded a certificate  (view award certificate) by Chaud Gaam Patidar Samaj of USA.  Additionally, there was one more surprise, at the last minute, I (Hetal Patel) was able to attend the party in New Jersey all the way from Houston, TX. (It was a surprise because it was not mentioned in the previous Diwali Party news/update) I was also given the honor by award certificate (view award certificate) for maintaining, updating and supervising the website for Chaud Gaam Patidar Samaj.  I was thrilled and flattered to receive such an honor.
The event became more interesting when the children began to play musical chairs.  This was followed by Garba, Sanedo, Bhangada, Cha Cha Slide and other dance programs.
Everyone had a great time and it ended up being a fabulous party. We (14Gam Patidar Samaj USA) are very thankful to Gorel Gaam Patidar Samaj for making this event extremely successful.
Award certificate given to following for Gorel Patidar Samaj Samuh lagna involvement:
Narendrabhai Chimanbhai Patel
Saileshbhai Chimanbhai Patel
Pankajbhai Manubhai Patel|
Nishant Jagdishbhai Patel
Hirukaka
Manubhai Magqanbhai Patel
Vinodbhai Ravjibhai Patel
Rajeshbhai Ravjibhai Patel
Binita Nishant Patel
Jayshree Pankajbhai Patel 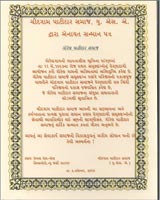