Sardar Patel and Patel Reservation - How Patel Mislead in Gujarat

Sardar Patel and Patel Reservation - How Patel Mislead in Gujarat

What seems like a fight for reservation on the surface is much deeper when we dig deep into the facts. What the Patedars are looking at is the scrapping of reservations that are made based on caste. Learn more about Patels being misled by Hardik and company on name of Sardar Patel 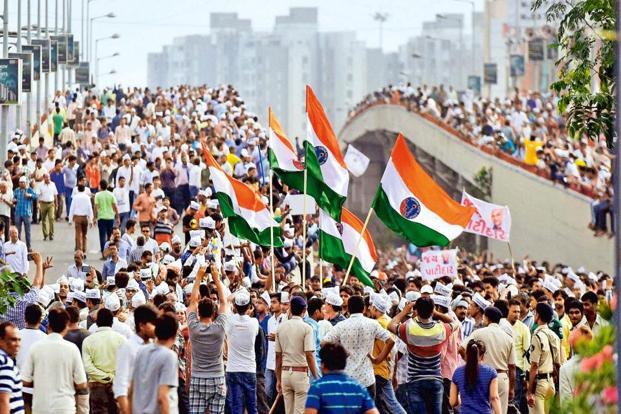 What you Need to Know About Sardar Patel and Patel Reservation

You must be wondering what the latest buzz about the Patel’s family is all about. Now to answer the question, who is Hardik Patel and what the controversy is all about?

Hardik Patel is a 22 year-old youth who has emerged as an iconic leader in the entire state of Gujarat. He has literally shaken the administration of the BJP led Anandiben Government. He is trying to get jobs for the Patels in an amicable manner. This is in terms of securing reservation in government jobs and colleges under OBC (Other Backward Castes) category.

This conceptualizes the theme behind Sardar Patel and Patel reservation.

Hardik Patel’s mission and ideology is this. Inspired by the likes of Bhagat Singh and Chandrasekhar Azad, he plans to unite the 27 crore Patedars by giving them jobs under the government quota. He also wants to give admissions to Patel youths to study in top-notch Govt. schools and colleges. The 22 year old youngster has been making his presence felt across multiple media channels over the last 40 days or so.

But there are other theories surrounding the concept. The youngster is perceived as a rustic youth who uses roughtactics to lure people. It is understood that Patels are misled by Hardik and company.

His agitators decry on Government getting influenced by his whims and fancies. It is also propagated that in the name of unity, the entire state of Gujarat is falling into the realms of getting misused of Patel’s dignity by Hardik Patel. His dad is however a mid-level worker of the BJP (Bharatiya Janata Party).

Patels being misled by Hardik and company

Looks like Patels today have had enough of their forward caste status and now are fighting for a status of backward class. The young Patels today are seeking reservations in educational sector and for government jobs and are not realizing the fact that they are affirming all those actions that were made by their fathers and forefathers years ago. The younger generation is forgetting the fact that “Pride” is the very first characteristic of any Patel as per the Gujarati literature. The socially dominant Patel community now does not consider merit in their arguments and are just joining the queue of Hardik Patel and his followers just for a quota.

What seems like a fight for reservation on the surface is much deeper when we dig deep into the facts. What the Patedars are looking at is the scrapping of reservations that are made based on caste.

Gone are the days when the Patedars refused any kind of reservations with pride and there was a campaign that was held in the 1980s for the same. But, it was decades back, and it is Hardik Patel now.

From many years, the Patels ruled in what they did, be it political or business, they were way beyond the others. But, the economic feet started to slip from under their feet. More than 1/4th of the new start-ups and small to medium enterprises closed down and more than 1000 diamond polishers too lost their jobs in just one year. On the other hand, the groundnut oil prices too have seen their ups and downs paving way to huge losses who dealt with these. Most of these sectors were always dominated by the Patels and the down turn in those sectors was indeed a bad news to them.

By putting all this together, one can with ease say as to why the Patels got so tempted towards reservations. They like everyone else wanted employment in an organized sector and to edge out the other OBCs they too needed reservations.

The inspiration behind starting a social welfare movement

Many well to do Patels residing within the belt of Gujarat were denied admission into government schools and colleges. Similarly they were not provided jobs at government offices. The SC/ST (Scheduled Caste/ Scheduled Tribe) and backward communities were given all the jobs, one could call for. This discrimination against Patels and other forward groups prompted him to start a Seva group. This was named Sardar Patel Group or SPG. The group mainly aims at providing justice to the needy, and hit out at the vandalism incorporated by top-notch government officials in favor of SC/ST/ OBC and BC.

Note: OBC/BC stands for other backward communities and Backward Communities.

This was main conspiracy that led Hardik Patel to start a voluntary group namely the Sardar Patel Group or the SPG. Agricultural crops were failing in most parts of the country either due to rising floods or due to severe drought conditions. This led to sale of agricultural land just like a distress sale. Hence, there was cut-throat competition to get admissions into schools or colleges or government funded job portals. But why were the Patels alone favored? In fact, this is a debatable question, worth considering.

The Patedars were not able to sustain agriculture. They were not able to afford self-funded educational or vocational courses either. The education at schools or colleges is prohibitively expensive in the state of Gujarat. As they belonged to the forward caste, they were denied jobs at most of the government offices, out there. Hence the Patels were the most oppressed lot across the entire state of Gujarat.

Why SC/ST/OBC and BC opposed for Patel reservations?

The reason is pretty simple and straight forward. The SC/ST/OBC and BC communities wanted to secure jobs quite easily into top Govt. Offices like Banks, Railways, etc. When someone like Mr. Patel tries securing a solid reservation in favor of Patel communities, their employment opportunities would get hampered. Similar was the case with getting admission into government schools and colleges. A medical seat at a government college costs you Rupees 10 lakhs while the same seat at a Private medical college costs Rupees 80 lakhs and that makes all the difference. There is always someone who has to pay through the nose.

The case of Hardik Patel has been discussed at length, taking several points of view into consideration.