History of Patel, read the complete and interesting history of Patidar-Patel, How they spread and settle from Parir to all over the world, Why are they so bold 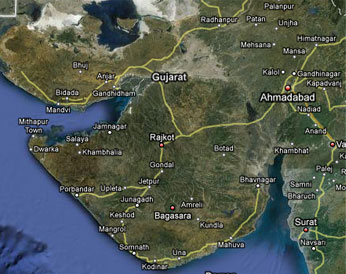 Charotar Patel is renown community in the world. You will find patel surname each corner of the world, only in uk top 500 British surnames, Patel comes 20th, In Leicester Patel comes 1st, Wolverhampton comes 3rd and London comes 3rd. 1,23,452 Patidar living in Great Britain itself. No 1 surname in Gujarat, No2 2 surname in India, comes no 11 in world. India's 15% of business and Gujarat's 70% of business owners are Patel. World's sixth Richest surname that is PATEL. There are more interesting stastics on surname Patel in Great Britain. They are spreaded all over the world. They have travel alot not just by air or sea. They have got this technique from their roots (Aryans). They have earn pride and popularity. History is the witness of their success.

The people from India living outside the country called NRI (Non Residential Indian).  There are about 25 Million NRIs/PIOs worldwide (estimates vary between 25 to over 30 mio).

Patidars of Gujarat are the descendants of Aryans. Aryans were settled on the Pamir's High Lands near River AMU in Central Asia. They were moved in three different group over the time towards achieve sucess to keep their existance. From these Aryans, one group went towards Europe, another group moved to Iran and last group of Aaryans came to Punjab, India via Afghanistan. Around 250 B.C. a social order came into existence amongst Aryans with four classes (Chatur Varnya) namely (1) Brahmin (2) Kshtriya (3) Vaishya and (4) Shudra. In the beginning, while these classes were in the process of being established, the present Patidars were Kshtriyas and settled in Punjab. There after, Kshtriyas were further subdivided into three kinds known as (1) Rajan-Raj (2) Kshtriya (3) Kurmi-Kshtriya. Rajan were the leaders of several small groups and were called Kings. Kshtriyas work was to fight the battles, engage in.war and help the kings in administration all the year round. Kurmi Kshtriyas were helping in war with the enemy or invasion from outside but in peace time were doing agriculture in the fertile region of Seven River's Valley-Sapt Sindhu to gether with animal husbandry on a large scale. 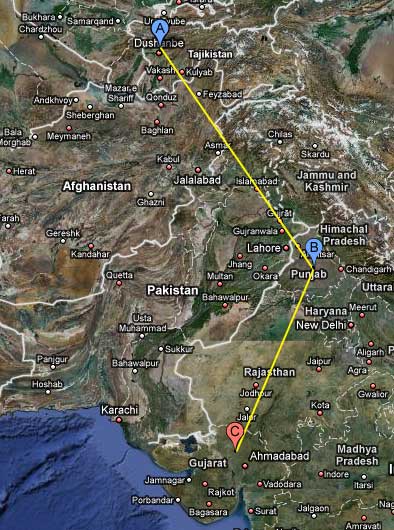 It is said that we are (Patidars) are descendants of of the great ayodhya king Lord Shree Ram's son Lav and Kush. It is not true that people believes taht Lauva Patidar are ascends of Lav and Kadva Patidars are the ascends of Kush, But reality is that Lav and Kush invaded Punjab and defeated its king. Thereafter in the region in which Lav established peace and order, it was caller Leya and similarly the Region of Kush was known as Kushad-Kharad. In this way the present Patidars (Kurmi Kshtriyas of that period) are not the direct descendants of Lav and Kush.

The person who ever has the land is called Kurmi (Kurmit is the sanskrit word) so land owner of Lav's kingdom (Leya Region) called Lauva Patidar and Region of Kush was known as Kushad-Kharad called Kadva Kanbi. Kurmis had left Punjab to keep their existance safe because of frequent attack from outside,

During the period between 400 A.D, to 700 A.D. many Lauva Patidar Families (Loh - Kurmis) of North India, Rajasthan and North Gujarat came and settled in Adalaj. When Siddhraj con¬ quered Malva Desh, he invited thousands of Kanbi families to Patana. Ramji Patel brought with him some six hundred Patidar families and settled in Adalaj. This is how Adalaj became the first main settlement of Lauva Patidars in Gujarat. From 500 A.D. Patidars of Adalaj spread to Bhal, Dashkoi and Khambat Regions and in the sixth century further form Khambat, spread all over Kaira District. During this period Ramji Patel accompanying so many Kurmi families from Adalaj went to Charotar Region. These Kurmi families broke the wild virgin land of Charotar, ploughed it and made-arable and most fertile and there settled permanently carrying on agriculture. From 1430 A.D. the down fall of Champaner began and from thereon Patidars of Champaner reached right upto Valsad via Vadodara. Few went to Kanam-Vakar Region.

In Gujarat, the word Patel is 300 years old. During this period, there was one Patel named Vir Vasandas from Piplav (Dist. Kaira) who used to have good relation with the Moghul Emperor Aurangzeb. He organised the Conference of the entire Kanbi Community in 1759 (1703 A.D.) under the auspices of Bahadur Shah a Shajada of Aurangzeb and in this gathering persuaded him to enter the word "Patidar" instead of "Kanbi" in Badshah's Revenue Records. Patidar means one who has the land. Thereafter, he influenced Moghul Emperor in Delhi and Moghul Subah (Governor) of Gujarat to authorise Patidars to collect Land Revenue. The Patidars who were given this authority were called "Amin", while during the reign of Peshwas those author ised to collect the Revenue were called "Desai". Like wise amongst Patidars in addition to surname Patel there began surnames like Amin and Desai. Vir Vasandas was the first Amin of Gujarat.

Five hundred years ago all the Patidars were farmers, all were equal and no body was of higher or lower class (Kul-Family). There were no classes, circles or groups in give and take of girls in marriage. All the Patidars, Kadva as well as Lauva according to their convenience were arranging girl's marriages in whole of Gujarat. Ahmedabad City was founded in 1413 A.D. Prosperous and educated Patidars from villages went to Ahmedabad and started setting there. Over the course of years Patidars of Ahmedabad City became wealthy and prosperous and therefore being counted as of Higher Social Strata and Family (Kul). Patidar farmers from villages rushed to the City in search of suitable Boys to give their daughters in marriage resulting into a competition and an emergence of a Custom of Dowry and Dahej (Matrimonial property to the Girl in marriage). The farmers from the villages had to incur heavy expenditure as a result of which the birth of a girl was considered to be a bad Omen. At last, Village Patidars awoke and around 1700 A.D. only Lauva Patidars decided not to give in marriage their daughters in Ahmedabad. But during the same period one inequality arose i.e. some big families of the villages received Grants of Aminat and Desaigiri resulting in a big increase in their income. A wealthy and prosperous class came into existence with whom in turn, the ordinary villagers rushed and compete to give their daughter in marriage. The amount of Dowry and Dahej (Matrimonial property including Jewellery, Clothes & wherewithal) gradually increased. After 1800 A.D. those villages which were considered to be of Higher Social strata and of noble families (Kulvan) ceased to give their daughters in marriage outside their certain villages and which over the period established as a Custom.

Thus created a big inequality in give and take of girls in marriage and in fact in 1869 A.D. Nadiad, Vaso, Sojitra and other fifteen villages created their own Circle (Gor). In 1888 Patidar Panch met in Dakor with 10,000 representatives present. This panch made a tremendous effort to remove the said inequality but Patidars could not agree amongst themselves. As a result the Circle (Gor) created some 20 years back by Nadiad etc. was firmly established and also thereafter, other two Circles (Gor) were created. Following in another twenty years some fifty large and small Circles (Gors) of Lauva - Patidars were created in Gujarat . It is said that the size of Patidar's Heart in comparison with other Gujaratis is bit bigger but his tongue is more sharper and with that kind of nature both good and bad results have come.