Lord Rama, Lord Krishan, Chankya are the best ever example of the Guru in Indina ancient history, Learn more about importance of Guru Purnima. 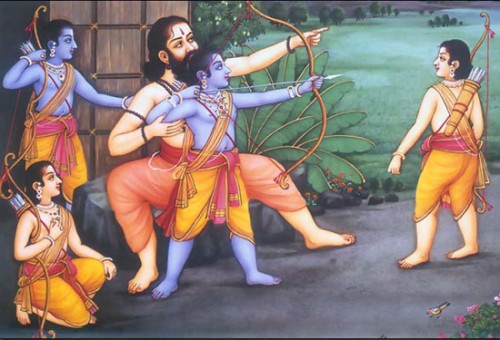 A great archer of the time of Mahabharata Eklavya had made an idol when he was denied to be made a disciple by Guru Drona. He worshipped his idol in the early morning when he was ready to learn archery. Only the idol inspired him so much that he became a great archer possibly more powerful than Arjun. Guru Drona when came to know about this he asked dakshina, a gift given at the end of one’s learning. Guru asked his right thumb so that he could no longer practice archery. However, to Drona’s great surprise Eklavya cut his thumb without waiting for a second. This was the real dakshina. This incident made him one of the renowned archers and a great disciple of Guru Drona

The story of Chandraguta Maurya and Chanakya also shows what a guru can do. Chanakya when banished from Pataliputra by King Nanda he declared that he would banish him from his own state. Chankya searched for the best and possible disciple. He found Chandragupta and several boys playing a drama. Chandragupta was playing the role of a king. Chanakya went to him and asked,” Would you honor me with a gift?” Chandragupta said,” I give you these gazing cows.” Chanakya knew that the cows were not his so he asked,” You are giving me these cows but I know that these cows do not belong to you and if the actual owner will come and ask for his cows what would I do.” Chandragupta replied,” You can never be an owner of things if you are afraid of protecting them or cannot protect them.” This made Chnankya believe that this boy could do his work. Later on Chandragupta won Pataliputra. Here the ability of Chanakya and Chandragupta when unified into one as guru and shishya (disciple) worked wonder.