Giving supreme importance to the Guru (Teacher) in Hindu Religion makes religion great of the Hinduism. Since Ancient time Shishya (Student) is the identity of Guru. Learn interesting story, history and celebrations of Guru Punam (Guru Poonam) or Guru Purnima of Hindu Festival. 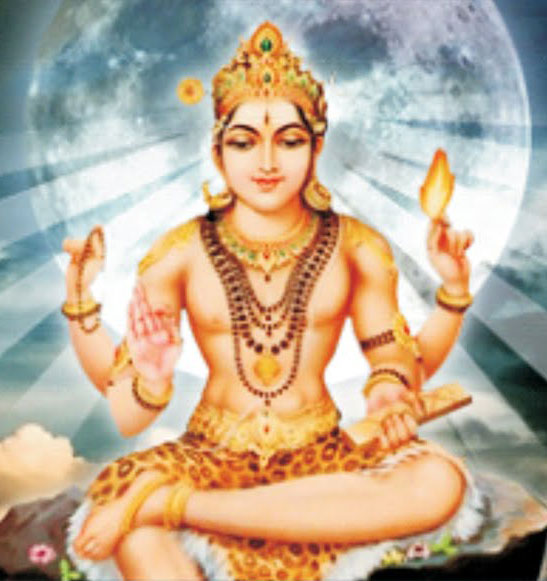 A festival of celebration of devotion, puja, thankfulness, and love for the priceless teaching of Guru is called Guru Purnima. It falls in the month of Ashadh of Hindu calendar. As the name itself says, it is a full moon day. The word Guru is made of ‘Gu’ and ‘ru’. ‘Gu’ means ignorance or the inability to discriminate between good and evil, right and wrong; and sin and religious merit: punya. ‘Ru’ means one who removes the layers of ignorance and provides knowledge; Satvidhya. Thus the word Guru means one who enlightens and shows the real path of ultimate pleasure; Parmanand  or ultimate freedom ; Moksha. Here Guru means a bridge over the long river of greed, lust, ignorance and social bounding. The bridge leads one to the ultimate truth of life. Guru removes the dense darkness of ignorance, frees from clutches of greed and lust and shows the way to freedom of soul. As Sanskrit verse says; “Sa Vidhyaya Vimuktaye”.

The great Guru or the Guru of all gurus Vyasa Muni was born on this particular day. He was the writer of the great Mahabharata and several puranas. He was also one who gathered and settled the Vedic hymns. Even he divided the hymns according to their use in the sacrificial rites and named them: Rigveda, Yajurveda, Samaveda and Athrvaveda. His name Vyasa itself means to edit, to divide or arrange in a way to have the core meaning in less words.

This is a day when the disciple finds a chance to worship his guru who has given him a real rebirth. A real rebirth that is full of knowledge and understanding of the true reality of life. And now it is the turn of the disciple who has to do his best for his teacher. Disciple donates or gives whatever he can. He expresses his love by serving his guru. Even he promises to spread his great thoughts. Disciples on this day invite their guru, honor them with flowers, and garland. They also start something like school, hospital or do some charities in their name to express their dedication.

"No nation can rise above the level of its teacher" or the words of Chanakya; "A teacher is never ordinary; he is the maker and destroyer of the world". These words describe the importance of a guru.

Indian culture gives a very high place to gurus. Disciples on Guru Purnima revere them and remember their life, ideals and great teachings.

A guru should be pure in thoughts, words and actions, a pioneer, a guide, a great source of inspiration and knowledge. He should be eligible and able to teach and learn throughout her life. He should be able to help his disciples in cultivating the appropriate and unawakened qualities.

Experience is the best teacher; says many but would it be possible for all of us to experience so many things around us. The answer would be certainly no. So what should we do to understand and have the knowledge of the world easily and promptly. The best and possible way is as said in the Upanishads and Vedas as well as in ancient granths(books) : make guru.

From the very early time of Lord Rama and Lord Krishna there was a parampara/ tradition of choosing a guru. Going with him in his abode, mostly in forest as near to nature as possible, so that nature itself would help to have the goodh rahasya, the secret knowledge.