Janmashtami, Krishna Janmashtami - The celebration of lord Krishna birthday on the eight day of of the dark fortnight in the month of Shravana which corresponds to August and September. Lord Krishna is the eight incarnation of Lord Vishnu. The Celebrations of Lord Krishna Birthday 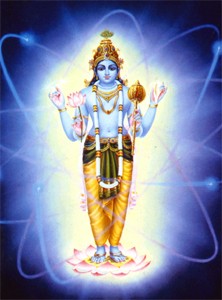 The celebration of lord Krishna’s birthday on the eight day of of the dark fortnight in the month of Shravana which corresponds to August and September. Lord Krishna is the eight incarnation of Lord Vishnu. People in India celebrate this festival with lots of enthusiasm and fevour. One of the most popular activities on this day is the breaking of ‘dahi handi’ or the butter pot. It is said that Lord Krishna was also know as Makhan chor as he loved ‘makhan’ very much.

Janmashtami legends relates to the different interesting stories of Shree Krishna. Beginning from his birth till the days of his later years, people know Shree Krishna as a Protector of human beings. They still remember and commemorate his birth to honor Him for what He did for humankind. On the day of Janmashtami, people pray to Him to destroy all the evil from this earth and make it the best place to live in. they ask forgiveness for their misdeeds and also thank him for His benevolence. They know that he will always be there for their help. 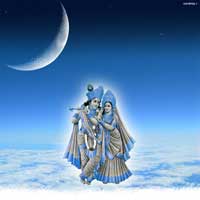 The Janmashtami legend that gave rise to the celebration is very interesting to know. The most famous legendary episode of Janmashtami is the killing of King Kansa who was the maternal uncle of Lord Krishna. According to Hindu mythology, there was a prophecy that declared that the child of Devaki would kill Kansa. And Lord Krishna was that child who was born to Devaki and Vasudev but was brought up by Yashoda and Nand living in Gokul. In order to make this prophecy false, Kansa the king of Mathura kills all the 6 children of the sister who he loves very much. In the case of the seventh child, somehow or other the womb appeared to be fruitless, although it was really transferred, through divine agency, from Devaki to Rohini, who was the first wife of Vasudev. Thus Balram, the elder brother of Krishna was born but Kansa thought that Devki had a miscarriage. When the eigth child is born, That is Lord Krishna, Kansa arrives and see’s to his surprise that the child is a girl and not a boy. Nandraj had kept his daughter in Krishna’s place and taken the child away with him to Gokul , where he brought him up as his own son. Kansa even after knowing that the eigth child would be a boy who would be the reason of his death, does not allow even the girl child to live. The cruelty of Kansa is brought to an end by Krishna who then frees his parents from the ruthless king.

Janmashtami celebration in India is enjoyed for two-three days in most parts of the country. The first two days are celebrated as the birth of the Lord Krishna, whereas on the third day, the most popular ceremony takes place known as breaking of curd pot or ‘dahi handi’. During the time of Janmashtami, the Hindu community in various countries have a great time. They visit various temples dedicated, especially, to Lord Krishna for offering prayers. They exchange Janmashtami gifts and visit relatives in the evening. They believe in the fact that it is very important to preserve the Indian customs, rites and rituals through the medium of celebrations whether in India or abroad. Devotees observe fast for the entire day which is broken after the birth of the Lord at midnight. Only milk and milk products are preferred by them, as these were the favorites of Lord Krishna.

Krishna who is the most loved lord of the Hindu religion has thought his followers about he way of living life. His teachings have been written down in a book famously known as ‘Bhagwad Gita’. It is the holy book of Hindus. One of his teachings are as follows.