Shravan maas is month filled with festivals and auspicious days to worship Lord Shiva. Amongst all the days Monday is considered the most auspicious. People observe fast on this day and perform Abhishekam on Lord Shiva. Shravan Maas, Shravan Month, Auspicious Hindu Festival 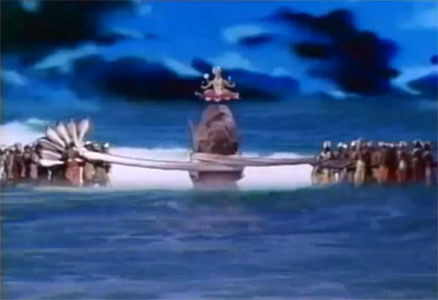 Shravan maas is month filled with festivals and auspicious days to worship Lord Shiva. Amongst all the days Monday is considered the most auspicious. People observe fast on this day and perform Abhishekam on Lord Shiva.

The legend says that the Samudra Manthan or Sagar Manthan (Churning of Ocean of milk) between Devas and Asuras took place in the month of Shravan. During churning besides many gems the poison Halahal was also produced. This terrified the Gods and Demons because the poison was so toxic that it may annihilate everything on universe. So on the advice of Lord Vishnu Devtas approached Lord Shiva for help and protection. Lord Shiva out of compassion for all the living beings swallowed the poison on this day of Somvar (Monday)and held it in his throat. Soon his throat became blue. So he was called Neel Kanth. In order to lessen the effect of poison Devas offered sacred Ganges water on Lord Shiva. We also perform Abhishekam of milk on Shivlingam especially on Monday of Shravan month.

Let us start with pooja. We perform Pooja every day. Pooja means reverence, honor, adoration, or worship is a ceremony of gratitude or religious ritual performed on a variety of occasions to pray or show respect to their chosen Gods or Goddesses. The essential part of pooja is making spiritual connection with the deity. More often this connection is facilitated through an object or element of nature or picture or idol. During pooja the idol or picture serves as a means to gaining access to the divine. The icon or the idol or picture in not the deity itself; rather is believed to be filled with the cosmic energy of the God. It is a focal point for honoring and communicating with the God. It establishes a bridge between worshiper and the deity facilitating flow of cosmic energy flowing from worshiper to the worshipped and from worshipped to the worshiper; which not only sanctifies the self but also revitalizes our body resources enabling one to experience oneness with the divinity with feeling of extreme joy what is called Holy Bliss. 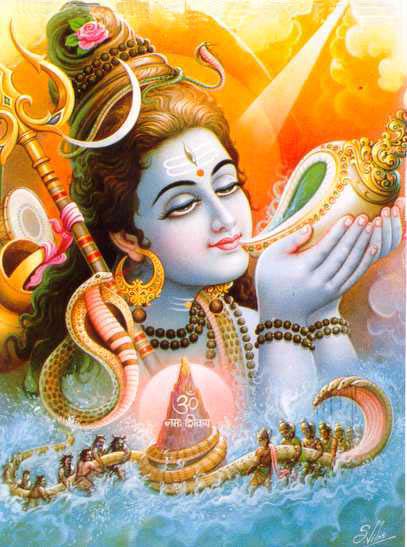 During pooja Sanskrit mantras are chanted for invoking the deity. The literal meaning of Mantra is sacred verbal formula repeated in prayer, meditation, or incantation, such as an invocation of a god, a magic spell, or a syllable or portion of scripture containing mystical potentialities. It is sound, syllable or group of words considered capable of spiritual transformation. Mantra originated in Vedic tradition became an essential part of Hindu poojas. In context of Vedas the mantra refers to poetic part of Rigved, Samved and Yajurved.

We know that all poojas start with Sanskrit Mantra starting with Aum ॐ. It is the most powerful and the significant. one syllable incantation called Pranav.

Advaita (Non Duality) Vedant ( End of the goal of Vedas) is considered the most influential school of Vedas ), considers A]U]M (OM) as three into one often referred as Triune (Trinity) which can be defined as Creation (BhramaPreservation (Vishnu), Destruction (Shiva).

Mandukya Upanishad specifically states that AUM is the mystery of Bhraman. In this terms doctrine `A` sound represents the waking state; the sound `U` represents the dream state ; `M` represents the deep sleep state. The waking state is super imposed on` A` the first sound because it is the first of three states of consciousness and so is sound `A`. The dream is a view within the mind of the impressions that had reflected on the mental arena during the waking state so is second syllable `U`. And the deep sleep is the final state of mind in rest which is `M`.A short silence is inevitable between two successive OMs. On this silence is super imposed the idea of ``fourth state`` ct Bliss known as ` Turiya` (Superior power] 4th State of spirit ]Pure impersonal Bhraman). This is the state of perfewhen the individual self recognizes its identity with the Supreme Lord..

To every Mantra OM is added and without OM no sacred chant has power. Just as living body has no vitality without life giving breath, so too a mantra has no life without addition of Pranav OM.