Why do we offer milk to Lord Shiva

Why do we offer milk to Lord Shiva

Why do we offer milk to Lord Shiva or pour on Shiva Linga..?! What is the significance of this ritual and why should we do it ?! I am sure some of you do know about this but most of you DO NOT.? Learn more about Hindu Rituals and their benefits. 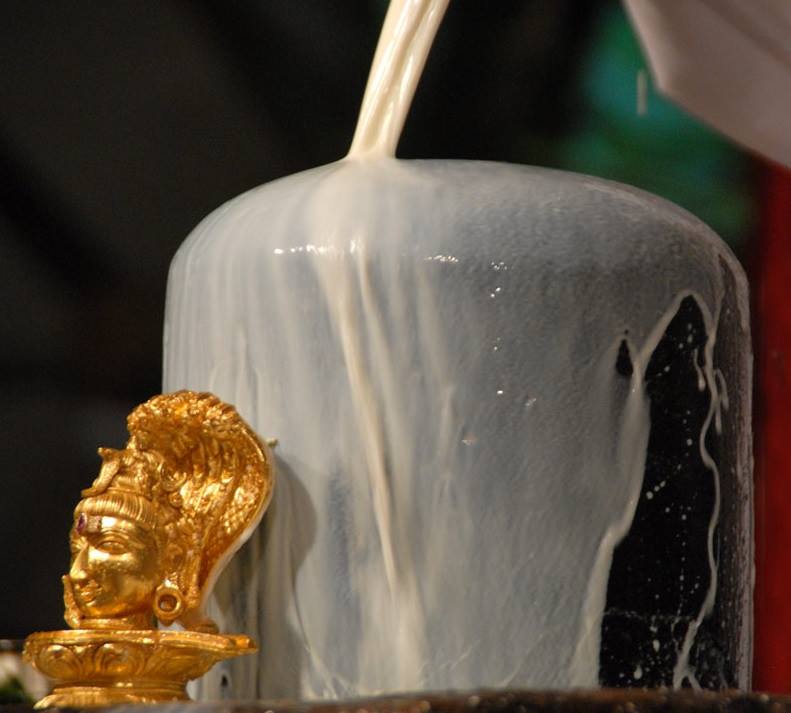 Why do we offer milk, honey, curd, water or bill patra to lord shiva linga? Hindu should aware about the answer of this, Infect there should not be any question. But as we are ancestors or our Hindu parents, they have teach us to do so, that's why we are doing? We don't know why should we waste milk or any other things over the stone in Shiva Hindu Temple.

I remember one time Vishhnu Gupta Chankaya said, foreign invaders will come to you land and they will break chain that keep you connected, they will attack on your culture, heritage and religion.  Many of you wonder, how's that possible, how are they going to do this. It is impossible. Nobody took his statements seriously ever. but now can see his words becoming true one by one. people from other culture, religion and heritage are breaking up Hindu religion, culture and taking you away from your rich heritage, I am sure you know what I am talking about, recently there are few movies came up named "Oh MY God" and "PK" showing up It is waste of money to offer milk to lord Shiva, this is one of the attack to our religion and culture. Let me come to the topic about "Why do we offering milk to Lord Shiva" Diptesh has given nice answer of one of your "Wh" questions.

Why do we offer milk to Lord Shiva or pour on Shiva Linga..?! What is the significance of this ritual and why should we do it ?!
I am sure some of you do know about this but most of you DO NOT.?

According to "Shiva Agamas" The Sacred Literature Of Saivism, it is called ABHISHEKAM - Shiva Agamas give lot of importance to abhishekam in Shiva pooja and it makes the ceremonies many times more effective. You may perform Abhishekam by simply using holy water or perform elaborately with milk, curds, honey, ghee, sugar, coconut water, holy ash, sandal paste, fruit juice etc. The Sanskrit word abhisheka means a sprinkling. It is derived from the root sic, to wet, and with the prefix abhi, "around," abhisheka is literally, "wetting around." An abhisheka is the bathing part of a puja that usually is done with sacred water. Abhishekam is the offering of ablutions to an energized deity. Water, being an electrolyte, transmits energy much faster than air. Pouring water upon an energized deity releases powerful vibrations which we can pick up more easily than from the air. Similarly, different substances have the ability to release different vibrations when they come in contact with an energized object or deity. Many of these substances are edible, and each one has a unique quality which heals or energizes a specific body part. For instance, honey used in the abhishekam has the capacity to actually make the voice sweeter! This is the science behind abhishekam.(reminds me of the movie Satayam Shivam Sundaram- all the immortal songs)! This is the science behind abhishekam. It is devotees faith that Shiva will be pleased by the process of bathing with the prescribed eleven ingredients like water, milk, curd, ghee, honey etc. Don't we use all there when we get married and perform many similar rituals..?! 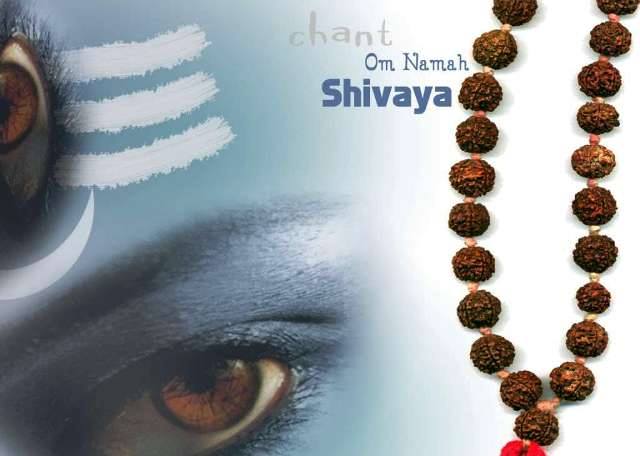 Shiva is the infinitum abstract macrocosmic consciousness. So, as such your water is not going on Shiva literally, but it is just a symbol which is being offered with water and milk. Water and milk are both liquids, surey, and water is connected to our human mind. Now it may sound very intriguing, but that is how it is. When the moon is waxing and waning, it changes the quality of the water. As you know, when the moon is waxing on its full moon night, there are huge waves seen on the ocean. Psychologically , it has been found that this is the time when people who have mind problems go through a very rough time; if moon has such an effect upon water, then what to say about the human body which is 60% of water? When we shower the Shivalingam with water and milk, the reason is that symbolically we are trying to correlate the water and our mind and the symbol of Shivalingam into one. In this ritual, the feeling is “Let my mind be washed away of all dirt and pollutants”. Milk is considered to be the nourishing ingredient, pure and satvik. So, in this ritual, if it is done in a proper way and our eyes are concentrated doing trataka(MEDITATION) on the Shivalingam and when it is bathed in the water actually a prayer is being done that “Let my mind be washed of all impurities”. And when we shower it with milk the feelings are “let my mind be nourished and washed of all impurities with noble thoughts, purity, compassion, satvik, goodness, friendship, etc”. Benefits of Abhishek : Burning away of Karmas collected in many births Awakening of the Kundalini Awakening of the third eye – the Ajna chakra Power of grasping, retention, memory and intelligence take a quantum leap Visible improvement in creativity Clarity in thinking!

This is a matter of FAITH in your GOD and its non-questionable..! Its not a matter of merely Rs 20 or $1 milk......its your faith, trust in GOD and most importantly you are buying milk with your own money and not snatching it away from poor. One can help poor as much as one like as its your KARMA but do not question someone else's faith and ritual if don't understand it..!

For those who want to watch a movie spending Rs300 or $13 justifying the twisted view... they could have spent that ticket-money and served probably 10 time more poor people by simply NOT watching the movie..!!!?   Cheers..!