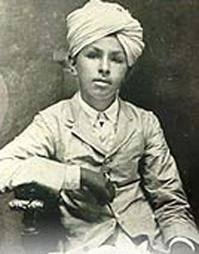 There are many popular stories heard of Shri Sardar Vallabhbhai Patel of his early childhood to young age before he got popular among nation. Patel was living in Karamsad, while his school were in Petlad, Nadiad and Borsad. These cities are 15, 18, 14 km from Karamsad. In those time there wasn't any batter transporation than walk. He used to walk these many km from his home town to school and school to home town daily for to gain education.

Hunger of study, education and curiocity of understanding system around him, make his mind in such shape that he decided to study further in England. While Vallabhabhai Patel's brother Vitthalbhai Patel had same idea but both brother didn't know their future plan for each other.

There is one interesting childhood story i would like to share with you. He used to travel everyday along with his friends for school at N K Hight school and other people used to go petlad for work. On the way there was a big stone that was hurting to the people they were going through that way. He notice that people get hurt but no one is thinking or making any effort to move that stone away from the walkway. He decided to move that stone away from the way, other friends and people were keeping going while he stopped there and move stone by himself.

He have idea of helping people of this country at his early schooling days.

Sardar Vallabhbhai Jhaverbhai Patel had his schooling in Borsad, Petlad and Nadiad. At the age of 22, he completed his matriculation.

Although Patel was considered just a common boy by his friends, he had amazing future plans for himself. Patel wanted to become a barrister and wanted to study in England. Therefore he had studied in England to become a lawyer and saved money for his dream. He had become the 1st founder and chairman of the Edward Memorial High School in Borsad. When Sardar went to England for more study at the Middle Temple Inn he was only 36 years old. He completed thirty six month course in just six months and ranked first in his class without any college background. After that, he returned to India and lived in Ahmedabad, India.

In 1917, Sardar Vallabhbhai Jhaverbhai Patel had become the sanitation commissioner in Ahmedabad. However he was not interested in this field due to clashes with government of British on various civic issues. In 1922, 1924 and 1927, he was also elected as a municipal president in Ahmadabad. He had done work for the betterment of Ahmadabad by refining the sanitation, drainage, electricity system, and school system.

Mother and Father of Sardar Patel

I've often see curiosity of people over internet  that they want to know mother and father of Patel. Vallabhbhai Patel father name is Jhaverbhai. Jhaverbhai was farmer while mother name is Ladba. Vallabhbhai have one brother who name is Vitthalbhai and also have a daughter Maniben Patel and Dahyabhai Patel.
Sardar Patel born on 31 October 1875 in Nadian.  Nadiad is city of  Kheda )
district of Gujarat State.