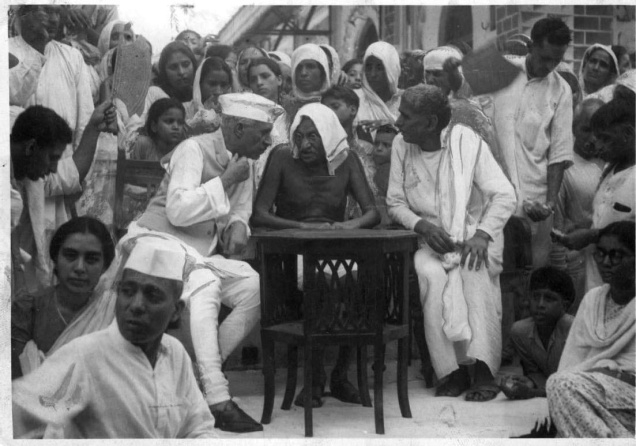 When people sacrifice their whole life fighting for the independence of the country, arising certain question is disrespectful the great souls. There were those who liked Sardar, but there were also a few who never liked him. Although a general misconception was that he disliked the Muslims, but he himself clarified that Muslims were his true friends. This was a controversy that many people believed in. Sarda Patel was way above any religion and any cast. He was the one who united India and he is the reason why we are breathing in free united republican India. His relationship with the Muslims has always been very good, but there were a few misconceptions that gave rise to such rumors.

It all started after the freedom of India. 15th August 1947, India was a free country, but with this freedom there came few things that doomed many souls. While Nehru became the Prime minister of India, Sardar was the deputy prime minister. During his tenure, he was in charge of home affairs, information and broadcasting. Those days there were almost 600 states in India. All the states were tiny except a few. There were kings, Maharajas and Nawabs. Most of them were very much patriotic and sensible. There were also a few who were blind with wealth and power. When the Britishers finally left India, these little kings decided to rule independently. They argued with a fact that everyone needs to be treated equally which was never the case. They even planned to send some representatives to the UN.

But Sardar knew all these things and the policy that the UK government formulated. They encouraged the independent states to get free and when the times come larger countries can attack these tiny states. But Sardar planned and he gave all his skill to bring India in one platform and that is when he acted the odds to face dire consequences if they do not support United India. If any of the states do not get united there would be a lot of problems such as if any river flows through that state than others need to ask permission to use the water and there are several other matters too. Also in case of war, how can all these 600 come together?

Sardar gave his message to the whole country that India needs to get united and to bring India in the path of development; India needs to be a Republican. He also warned those who refrain from doing. While most of them were with United India, the rulers of Junagadh and Hyderabad decided to be with Pakistan. When this became public, the people of the same state became against the ruler and these people were true Indians. In the course of time Patel also warned the Nizam of Hyderabad. But this rule was against progress and he sent money to harass the Hindus in Pakistan. He employed razakars to harass the Hindus.

There was a similar problem in Kashmir. The Maharaja and the legislative Assembly decided to join united India, but the partisan army occupies one two fifths of Kashmir. This became ugly tactics that the Britsh planned, but there was one man who stood inform of most of these. Patel realized the fact they can make the Indian Republic. It turned out his effort that India is the largest democracy today. He went to all princely says and asked the kings to engage in one India. The kings were so much impressed with the patriotic emotions of Patel that many of them agreed. And for those who declined the offer, Sardar threatened them saying that they can have to face them as long as they are not in their line. Soon the odds too were in the favor of the Sardar. It turned out Sardar who first understood the policy well and made a decision to bring Indisa together. He was the one who started the thing of Republic India and here we have been today the largest democracy on this planet.

Many people misunderstood Patel. After his demise China attacked India and it was that time, which is still remembered as the ugliest period in Indian history. This is very much painful as so many people misunderstood Patel. Patel, who stood for our country’s freedom and worked for the unity and the Republic of India, was misunderstood by many people. He was the faithful Indian who loved his country a lot. That is why now it is time when happy days are just here to finish this misunderstanding and remember the efforts of Sardar. So the next time if anyone asks such questions it is our responsibility to make it right and clarify why Sardar is the one who united Hindus, Muslims, and Sikhs etc. This is the way how we can live together through the ages and in peace and harmony.