Be Very Proud to be GUJARATI

Be Very Proud to be GUJARATI

Find interesting facts about Gujarati's achievements in India and across the globe. You will be amaze to see these facts makes Gujarati Very Proud of It. 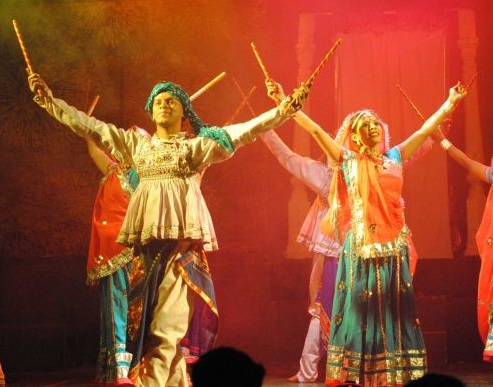 Our State of GUJARAT Situated in western India and bordering Pakistan, Gujarat is among Indias most prosperous states.

Its per capita GDP is 2.4 times the Indian average.

Gujaratis GDP growth rate is 10.6% and India can not achieve 8 percent Growth rate without Gujarat getting closer to 12% growth rate.

If it was a nation it would have been 67th richest nation in the world above many European and Asian economies like Taiwan and Ukraine.

Gujarat holds many records in India for economic development:

The world's largest ship breaking yard is in Gujarat near Bhavnagar at Alang.
Reliance Petroleum Limited, one of the group companies of Reliance Industries Limited founded by Dhirubhai Ambani operates the oil refinery at Jamnagar which is the world's largest grass roots refineries.

Over 20% of the S&P CNX 500 conglomerates have corporate offices in Gujarat
Over 35% of the stock market wealth of India is with Gujarati People.

Gujarat is having the highest no. of operating airports in India (Total 12)..

Gujarat is having highest no. of vegetarian people compared to any other state in India..

The first ALL VEG PIZZA-HUT was opened in Ahmedabad

Ahmedabad “ the commercial capital of Gujarat is the seventh largest city in India...

Surat is the fastest growing city in the world.

Gandhinagar is the Greenest Capital City in whole Asia

Gujarat is the safest state as the Crime rate of it is 8.2 which is the least in India stated by India Today 2005 report.

Gujarat is having least crime against women among all Indian states where AP is 1st, Delhi is 2nd , Bihar is 3rd , Zarakhand is 4th and UP is 5th.

Ahmedabad which is the seventh largest city in India is the lowest in crime rate among all Tier-I and Tier-II cities of India as per National Crime Records Bureau (NCRB) report.

Ahmedabad is ranked 4th in Manpower - Ahead of Bangalore, Chennai, Mumbai & Delhi.
Percent of man-days lost in Gujarat due to labor strike are lowest in country - just 0.52%
It is the first state to implement the BOT law for encouraging private sector participation
The first state to have to fully functional LNG terminal

Gujarat is the first state to interconnect 20 rivers

It is the only state with statewide gas grid

It is currently implementing statewide water distribution grid that will connect all 14,000 villages and all cities

It has largest e-governance network in Asia Pacific

In every corner of Gujarat, within the range of 25 KMs there is a development going on.
Operation WHITE FLOOD (MILK) was initiated in Gujarat by Dr. Kurien which took India in 1998 to become highest milk producer in the world.

Consumption of GOLD in Gujarat is highest in India ..

Largest number of immigration & emigration is done from Gujarat ..

Also highest Numbers of passports are issued from Gujarat .

AMUL - NDDB  another achievement for Gujarat - it was just fantastic to see how they collected milk early morning from every village in Gujarat .

The villagers would line up at 3 in the morning at the milk collection centers!!! What a sight!
According to a recent study by the Reserve Bank of India, the country's central bank, Gujarat stood first in the country with investments of US$17.8 billion in 2006-07 or 25.8% of India 's total investment of $69 billion during the year.The southern state of Andhra Pradesh stood a distant second having attracted $6.1 billion in 2006-07.

Gujarat moved up from second place in 2005-06 having tripled its investments in a year..
A report in Times of India describes the Gulf of Kutch as India 's ' Gulf of Riches '. Four top business houses - Reliance Industries, Essar Group, Adani Group and Tata Group, have invested about $34 billion along the Gulf of Kutch's 700-kilometer long coastline. Other corporate, which had invested over $3.26 billion since the 2001 earthquake have investments worth another $19.5 billion in the pipeline.

Ten special economic zones (SEZs) near Jamnagar , a 4000-megawatt power project and five private shipyards are coming up. And massive expansion is being undertaken of the Mundra and Kandla ports.

Not only has Gujarat unseated Maharashtra as India 's number one investment destination but also, it is threatening to dislodge Mumbai, Maharashtra 's capital and the financial and business capital of India , as the trade gateway to the country.

Mundra port where Indian Oil Corporation and Hindustan Petroleum are setting up giant oil storage capacities has already emerged as India 's largest private oil storage tank farm.
Sixty percent of India 's coal imports enter via Mundra port. Mundra's importance is likely to soar further with the completion of mega power plants being set up by Adanis and Tatas.
The volume of cargo handled by Mundra and Kandla ports alone has outstripped that handled by Mumbai's ports - the Mumbai Port Trust and the Jawaharlal Nehru Port Trust.
And now Gujarat is nursing ambitions of dislodging Mumbai as India 's financial hub. Its government recently announced the setting up of an international financial services center, the Gujarat International Finance Tech-City with an investment outlay of $6 billion in Ahmedabad.
Forbes Magazine published list of Top 20 Self-Made Business-Men from Asia . The list includes 6 men from India and out of 6 three are Gujarati - Tulsi Tanti, Gautam Adani and Uday Kotak.
Be VERY PROUD to be a GUJARATI and please pass alone this to other Gujarati's