Navigation
Latest News
Home » About Us » How - Who Named India

How - Who Named India

How - Who Named India

Bharat, India, Hindustan, but the official name, states that "India, that is Bharat, shall be a union of states." Thus, not only in usage but officially India and Bharat are both accorded primary status. The name India is derived from the river Indus. 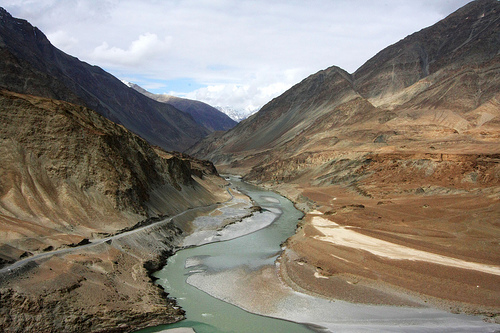 Bharat, India, Hindustan but the official name, states that "India, that is Bharat, shall be a union of states." Thus, not only in usage but officially India and Bharat are both accorded primary status. The name India is derived from the river Indus.

The original name of the river came from the fact that in the north-west of the subcontinent, there are seven main tributaries of the one river. The local inhabitants therefore called it Sapta-Sindhu, meaning the seven rivers. As the seven tributaries are part of the one river, the entire river system came to be known in time as Sindhu. In general, Sindhu also means any river or water body in Sanskrit.

Persian explorers visited the area even in ancient times, and the Iranian 'h' is cognate with Sanskrit 's'. Thus Sindhu became Hindu. Similarly, Sanskrit Asura (a spirit, later an evil spirit) is cognate with Ahura, the Supreme God of the early Iranian people.

The name of the river entered Greek from Persian, with the loss of the initial 'h', to become Indos, from which the Greeks derived their name for the region, India. The Latin form of Indos is Indus, the name by which the river system is still known in the West. Its name was given to the entire subcontinent by the Romans, who adapted it to the current India.

The word India is the form used by Europeans over the ages.

Sindhu is also the Sanskrit term for Ocean and for any large water body. It would specifically mean the modern river Indus, if ancient Indic originated there. It could just mean "water dwellers" as well.

Interestingly, the Vedas did not assign any particular name for India, although some scholars assert that references to Indu in the Rig Veda relate to India's present name. Many traditional literary/cultural works from around the globe lack definite terminology for their home culture as a political unit; China, Greece, and many other civilizations lacked fixed names for themselves in traditional literature of their early periods.

In the Matsya Purana 126, the length of India (Bharatavarsa) is 9,000 puranic yojanas, which is a good estimation.

Listed by, among others, Colonel James Todd in his Annals of Rajputana, he describes the ancient India under control of tribes claiming descent from the Moon, or "Indu", and their influence in Trans-Indian regions where they referred to the land as Industhan. This explanation might serve better to explain the term Hindu. Having said that, ancient Greeks do mention the Indic tribes or related tribes (could be of Iranian origin or joint Indo-Iranian origin) inhabiting what is now Ukraine as Sindoi or Sindkoi.

The name India was known in Anglo-Saxon, and was used in King Alfred's translation of Orosius. In Middle English, the name was, under French influence, replaced by Ynde or Inde, which entered early modern English as Indie. The use of the name India dates from the 17th century onwards, and may be due to the influence of Latin, or Spanish or Portuguese.

Indian Ocean, the only Ocean named after a country (others being Pacific, Atlantic, Southern and Arctic). Such was the desire to find a trade route to the prosperous India that not only "Cape of Good Hope" was named this way but the Ocean at the feet of India was named as the Indian Ocean!