Navigation
Latest News
Home » About Us » Milkman can speak Gujarati

"Cemcho bhai, harisani, ano chokra kabar?" That is Gujarati for: "Hello brother, how are you? Any news about your son?" 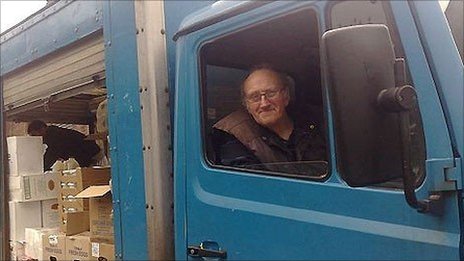 That is Gujarati for: "Hello brother, how are you? Any news about your son?"

Not too unusual as the start of a conversation in the heart of the Asian community in Blackburn, apart from the fact that the words are being spoken by a 69-year-old white, English-born milkman.

John Mather, aka Jimmy, has been doing the rounds in this north-west town for the past 50 years. And as he has gone from door-to-door in the town's large Asian community, he has become almost fluent in Gujarati.

"When I first started the rounds here there were only a handful of Asian families, about eight or 10, in the London Road, Whalley St and Altom St areas," says Jimmy.

But as more arrived on the foreign shores from Kenya and Malawi, Jimmy's ability to go beyond delivering just milk - and procure the sorts of foods they couldn't pick up in the local supermarket - put him in greater demand.

"They wanted natural yoghurt, ghee, goats and chickens, the type of things they were used to back home. I'd gone to the dairies here and they said that there wasn't the demand, but they couldn't have been more wrong."

"In the end, I went to Leicester, where there was a large Asian community and then to Birmingham, to get what they needed."

But Jimmy quickly came up against a language barrier. The new immigrants struggled to understand him and vice versa.

"But we got through it. Somehow we managed and I learnt their language."

Jimmy under plays the challenge of learning this foreign tongue.

The structure of the language is different from English, says Professor Rachel Dwyer, an expert in Indian cultures at the School for African and Oriental Studies in London.

Add to that a host of different vowel sounds.

"The vowels would be more familiar to a non-English European speaker as English vowels are rarely pure. Gujarati vowels also feature 'murmur'. There is a series of retroflex consonants," she says, referring to sounds that are made with the tongue tip turned up or curled back just under the hard palate.

But Jimmy took it all in his stride.

"It was not very difficult to learn it," he says. "I just remembered what they told me, kept it in my memory and repeated it when I saw them. I don't know how long it took me to learn. I've known the language for about 30 years and once you pick up words you remember them.

When I came here in the 1970s I remember he went into somebody's house and asked her what she wanted... I was shocked that he was speaking such fluent Gujarati”

"I've got a very good memory, once I've been somewhere I never forget it, it's the same with language."

His ability to cater for the needs of the Muslim-Gujarati community in Blackburn and speak their native tongue has endeared him to many of the locals.

One of his acquaintances, Saeed Adam, is nothing short of impressed with Jimmy's aptitude.

"He's impressed me with the language. He learnt it from the first generation, which is our parents, back in the 1960s when he was serving the community.

"It's absolutely brilliant and just great that a white English person can speak it. All the locals love him."

His language skills have helped Jimmy forge long-term friendships - such as that with Mohammed Sufi, who has known him since 1974. 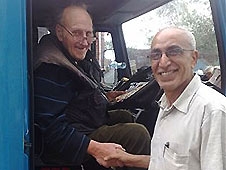 "I speak in Gujarati with him and it's very good," he says. "When I came here in the 1970s I remember he went into somebody's house and asked her what she wanted. I was shocked that he was speaking such fluent Gujarati.

Professor Dwyer agrees that it's a rare talent.

"Very few non-Indians learn Gujarati," she says. "I've heard a few Arab traders in Oman and there's a handful of scholars who know it."

But despite others' claims that he is fluent, Jimmy is modest about his level of achievement.

"I think my Gujarati is alright," he says. "It gets me by. I've made friends with it and that's the most important thing. I've also had loads of wedding invitations (from the Asian community).

"I'll keep going as long as I can and my Bengali's not so bad so I'm having a go at that."