India is known for its festivals and the legends behind them. Every festival has a message, inspiration and in a way a great philosophy behind it. Even if we don't believe the story, characters or incidents of the legend we always find something which inspires, preaches or shows the right path of living.

India is known for its festivals and the legends behind them. Every festival has a message, inspiration and in a way a great philosophy behind it. Even if we don't believe the story, characters or incidents of the legend we always find something which inspires, preaches or shows the right path of living.

Among many festivals Holi stands supreme as it is the festival of color, a festival of expression of love, a celebration of true victory of right over wrong, good over evil, virtues over vices and god over demon.

The holi festival starts with so many colors in the market and rush for Gulal (color), abeer (abeel) and "pichkaris". People of India are so much found of the festival that they start planning even before 40 days of the festival on "Basant Panchmi" ("Vasant Panchami")

Celebration of the day commences with spraying of color and water. Men and women and even children make "tolis" and in procession go to one another's houses and enjoy the great festival 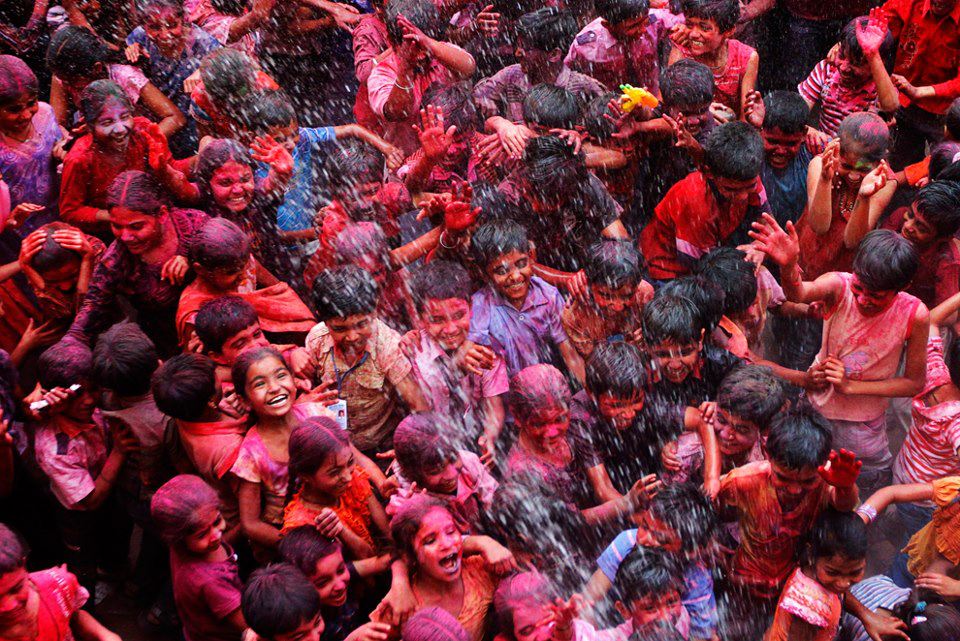 Years ago there was a king named Hiranyakashyap, a great devotee of  Brahma. He was blessed with a boon that he can not killed inside or outside house, by any astra or shastra (weapons) , and even by any men or animal. Because of the boon he became cruel and thought himself as the almighty. He stopped people of his kingdom from praying any GOD. He harassed and killed his public in doing this. But as time passes his own son Prahlad started praying Lord Vishnu. He tried to kill his own son. But failed many times. Then he asked help from his sister Holika.

She was blessed with a boon. The boon made her  immune to fire. As it was planned the king’s men made a huge bonfire and forced Prahlad to sit in her lap. Everyone around the bonfire worshipped and prayed for his well-being.

In the very early morning when the people went to see what had happened to the bonfire and Prahlad. To their great amuse they found him playing with ash. Holika was died of fire as she did  not follow the boon that if she entered in fire and has a human (man) touch or not alone the boon would not protect her. People whoever knew the stoy enjoyed in their own way and went to one another’s houses to  inform and celebrate it.

According to another legend during the time of Lord Krishna His wicked and cruel uncle Kansa wanted to kill him. When Lord Krishna was an infant . He sent an orgress Pootna. She entered the house and when she found him alone. She started feeding him poisonous milk . But as he came to know her intention he sucked her blood and brought her end.
Philosophy Behind the major activities done.

It is seen as a symbol of victory of god over demons, virtues over vices. And in a way conveys the message that the almighty in every shape is ready to help his devotee. People even believe that the sacred ash protects them from diseases and evil forces. They use the sacred ash after the bonfire for the year to come.

One of the greatest incarnation of Lord Vishnu Lord Krishna symbolizes the festival in an unique way.  He colored his beloved Radha for ONENESS . And says that the whole universe is one and only. He colored Radha and Radha colored Him and there is no difference between them.Both looked like the same.Even it says about brotherhood and fraternity, love and humanity.

It is a symbol that all the vices and bad powers burnt to ash and a new hope for a better and happy world is always there.