Nathu Ram Godse is the man who has assassinated Mahatma Gandhi to let every Indian know about how weak Gandhi strategy of non-violence against your anime. 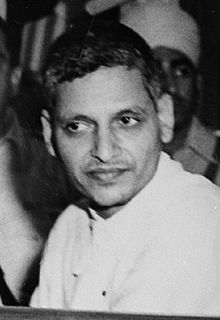 NathuRam Godse is the man who has assassinated (killed) Mahatma Gandhi to let every Indian know about how weak Gandhi strategy of non-violence against your enemy. He shoot three times on Gandhi's chest in evening of 15th April 1949, when he was going for prayer. Godse didn't vanish after firing on him. He stayed there for let police arrest him. He did not tried/think of getting out from the jail. Nathu Ram Godse want to let every indian know that why he assassinated Gandhi. He gave speech in court when he has been asked. But Indian Govt did not release it and news media never published his speech and did not let citizen of India know the fact of assassinating Mahatma Gandhi.