Be Indian BUT Not in INDIA

Be Indian BUT Not in INDIA

Be Indian BUT Not in INDIA. Learn Interesting fact of why Indian are succeed in foreign country than in own India 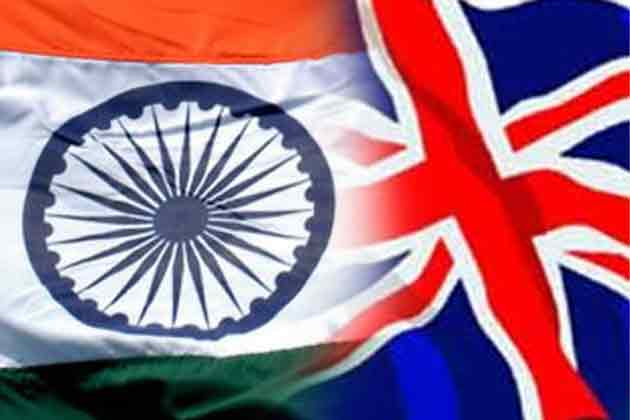 This is worth a read. Who ever put this together (is no fool and has the right vision about India) makes sense and is an eye opener. BTW i have recevied this article in email, Thanks Saurabh Desai for forwarding me this article, I could forward to my friendlist but it's batter way to share over this website than email forward.

I remember British in our own country India. Indians use to say YES SIR joining their hands and bowing to them.

What for? Because of the white skin? No wonder Brits ruled the world and took us as fools? India would have been Britain if our ancestors were smart enough.

I would like to sum up our performance in the 20th century in one sentence.

Indians have succeeded in countries ruled by whites, but failed in their own. This outcome would have astonished leaders of our independence movement. They declared Indians were kept down by white rule and could flourish only under self-rule. This seemed self-evident. The harsh reality today is that Indians are succeeding brilliantly in countries ruled by whites, but failing in India. They are flourishing in the USA and Britain.

But those that stay in India are pulled down by an outrageous system that fails to reward merit or talent, fails to allow people and businesses to grow, and keeps real power with leaders, politicians, and assorted manipulators. Once Indians go to white-ruled countries, they soar and conquer summits once occupied only by whites.

Except Rono Dutta who is the head of Untied Airlines, who has make worse airline of the Untied States. You may find cheap air ticket but you may not get email confirmation, poorly speaking customer care support people. You may save $10 per flight routine, end up with taking over hours to get issues revolve, He just drop to name of Indian on Indian history. He might fuction batter staying in India.

Vikram Pundit was head of Citigroup until recently, which operates Citibank, one of the largest banks in the world.

Rana Talwar has become head of Standard Chartered Bank, one of the biggest multinational banks in Britain, while still in his 40s. Had he been in India, he would perhaps be a local manager in the State Bank, taking orders from politicians to give loans to politically favored clients.

Lakhsmi Mittal has become the biggest steel baron in the world, with steel plants in the US, Kazakhstan, Germany, Mexico, Trinidad and Indonesia. India's socialist policies reserved the domestic steel industry for the public sector. So Lakhsmi Mittal went to Indonesia to run his family's first steel plant there. Once freed from the shackles of India, he conquered the world.

Subhash Chandra of Zee TV has become a global media king, one of the few to beat Rupert Murdoch. He could never have risen had he been limited to India, which decreed a TV monopoly for Indian company, Doordarshan. But technology came to his aid: satellite TV made it possible for him to target India from Hong Kong. Once he escaped Indian rules and soil, he soared.

You may not have heard of 48-year old Gururaj Deshpande. His communications company, Sycamore, is currently valued by the US stock market at over $30 billion, making him perhaps one of the richest Indians in the world. Had he remained in India, he would probably be a politician in the Department of Telecommunications.

Arun Netravali has become president of Bell Labs, one of the biggest research and development centers in the world with 30,000 inventions and several Nobel Prizes to its credit. Had he been in India, he would probably be struggling in the middle cadre of Indian Telephone Industries. Silicon Valley alone contains over 100,000 Indian millionaires.

Indra Krishnamurthy Nooyi has been the CEO of PepsiCo Inc. Since 2006, a Fortune 500 company.

Sabeer Bhatia invented Hotmail and sold it to Microsoft for $ 400 million.

Victor Menezes, born in Pune in 1949, was number two in Citibank until late last year.

Shailesh Mehta is CEO of Providian, a top US financial services company.

Also at or near the top are Rakesh Gangwal of US Air, Jamshed Wadia of Arthur Andersen, and Aman Mehta of Hong Kong Shanghai Banking Corp. In Washington DC, the Indian CEO High Tech Council has no less than 200 members, all high tech-chiefs. While Indians have soared, India has stagnated. At independence India was the most advanced of all colonies, with the best prospects.

Today with a GNP per head of $370, it occupies a lowly 177th position among 209 countries of the world. But poverty is by no means the only or main problem. India* *ranks near the bottom in the United Nation's Human Development Index, but high up in Transparency International's Corruption Index.

The politician-raj brought in by socialist policies is only one reason for India 's failure. The more sordid reason is the rule-based society we inherited from the British Raj is today in tatters. Instead money, muscle and influence matter most.

At independence we were justly proud of our politicians. Today, we regard them as scoundrels and criminals. They have created a jungle of laws in the holy name of socialism, and used these to line their pockets and create patronage networks. No influential crook suffers. The Mafia flourish unhindered because they have political links.

The sons of police officers believe they have a license to rape and kill. Talent cannot take you far amid such bad governance.

We are reverting to our ancient feudal system where no rules applied to the powerful. The British Raj brought in abstract concepts of justice for all, equality before the law. These were maintained in the early years of independence. But sixty years later, citizens wail that India is a lawless land where no rules are obeyed.

I have heard of an IAS probationer at the Delhi training academy pointing out that in India before the British came, making money and distributing favors to relatives was not considered a perversion of power, it was the very rationale of power. A feudal official had a duty to enrich his family and caste.

Then the British came and imposed a new ethical code on officials. But, he asked, why should we continue to choose British customs over Indian ones now that we are independent?

The lack of transparent rules, properly enforced, is a major reason why talented Indians cannot rise in India. A second reason is the politician-raj, which remains intact despite supposed liberalization. But once talented Indians go to rule-based societies in the west, they take off. In those societies all people play by the same rules, all have freedom to innovate without being strangled by regulations.

This, then, is why Indians succeed in countries ruled by Non-Indians, and fail in their own.

It is the saddest story of the century. Be Indian BUT Not in INDIA